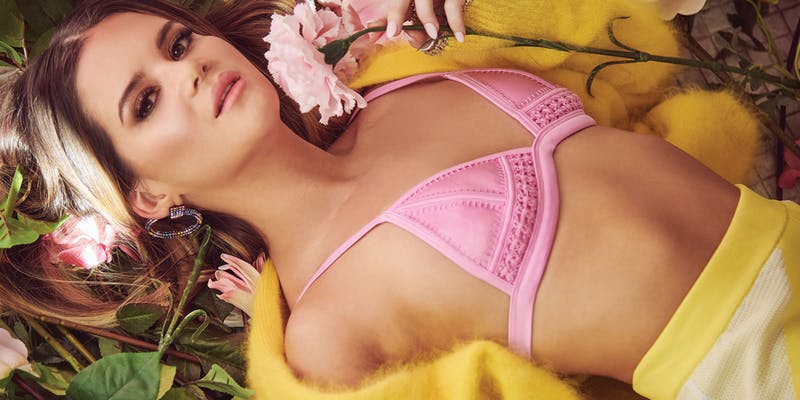 Citi is the official presale credit card of GIRL: The World Tour. As such, Citi cardmembers will have access to purchase presale tickets beginning Tuesday, May 7 at 10am local time until Thursday, May 9 at 10pm local time through Citi EntertainmentSM. For complete presale details visit www.citientertainment.com.

Morris is currently on the first leg of her GIRL: The World Tour with upcoming sold out shows in Washington, D.C., New York, St. Louis, Indianapolis and Detroit before she heads to Europe. UPROXX praises her live show, saying “however good Morris and her band sound on recorded tracks, they sound a hundred times better when you’re there in the room with them.” Visit marenmorris.com for full tour details.
GIRL, out now via Columbia Nashville, has shattered the record for the largest ever debut streaming week for a country album by a woman with 23.96 million streams in its first week. The album debuted at #4 on the Billboard 200, #1 on the Billboard Top Country Albums chart and continues to receive rave reviews. The album also features history-making title track “GIRL” which had the highest debut on Billboard’s Country Streaming Songs chart by a female artist and the highest weekly streams by a female country artist ever.
To further support the release, Morris performed her track “The Bones” on “Ellen,” following appearances on “The Tonight Show Starring Jimmy Fallon,” “Today Show,” and “Watch What Happens Live with Andy Cohen.”
GIRL comes three years after Morris’ breakout debut album Hero and explores how her life has changed since then—a skyrocketing career, falling in love, becoming engaged and then married—and the highs and lows in between.
The singer, songwriter and performer is fresh off the heels of five Grammy nominations at this year’s awards including Record of the Year and Pop Duo/Group performance for her massively acclaimed hit “The Middle” with Zedd and Grey which also broke the record for most weeks atop Billboard’s Hot Dance/Electronic Songs chart, making Morris the first country artist to top that chart. Her Grammy nominations also included Country Solo Performance for her Elton John cover “Mona Lisas and Mad Hatters” and Country Duo/Group Performance and Country Song for her Vince Gill collaboration “Dear Hate.”
Morris won a Grammy Award for Best Country Solo Performance at the 59th Grammy Awards, was named New Artist of the Year at the 50th Annual CMA Awards, Top Country Female Artist at the 2018 Billboard Music Awards and New Female Vocalist of the Year at the 52nd Academy of Country Music Awards. She was also the most played female artist on country radio in 2017 and 2018.
The 29 year-old singer-songwriter from Arlington, Texas got her start playing in bars around her hometown and quickly made a name for herself with her Gold certified debut album Hero and its Platinum-selling “My Church,” Gold-selling “80s Mercedes” and “I Could Use A Love Song.” Hero and its singles topped charts nationwide, set Country radio records, and were some of the most critically acclaimed works of 2016.

“It’s an apt sonic smorgasbord that is present on her album, as well as in the playlists of tastemakers and critics, alike. And it’s a sign of her personal artistic evolution.” —NYLON

“Morris offers a time capsule of the modern countrywoman”—Daily Beast

“Maren Morris’s voice could make even the “Itsy Bitsy Spider” sound like a Grammy contender.”—PopSuga 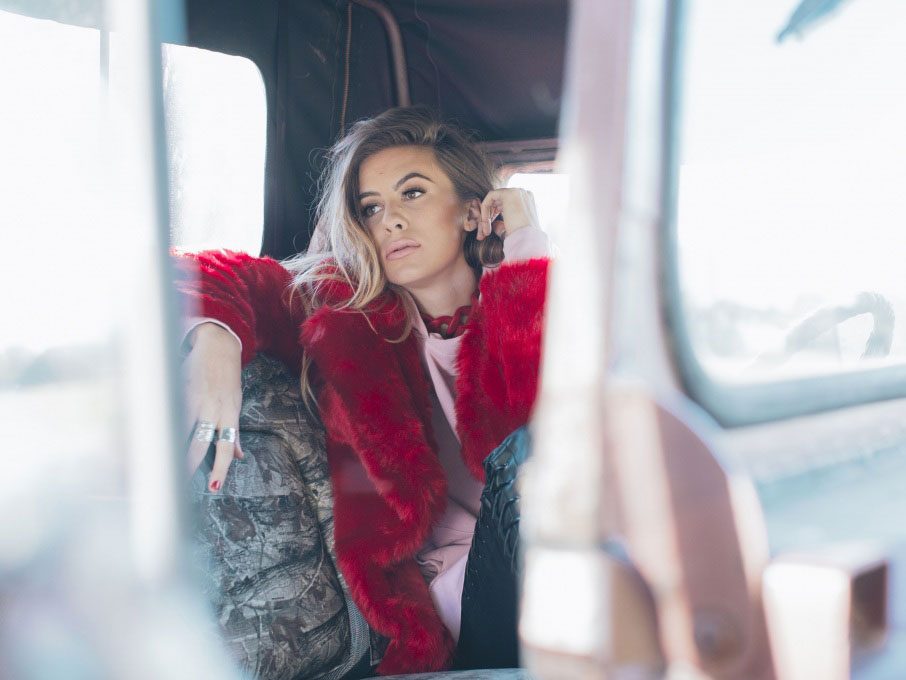 Kassi Ashton is one of Nashville’s most compelling rising stars. Signed to UMG Nashville in conjunction with Interscope Records, the California, Missouri singer/songwriter has been making a name for herself on the music scene thanks to her authentic songwriting and soulful, rich voice. Huffington Post gives Kassi “mad props for her songwriting and stage presence” while CMT calls Kassi “fearless” and notes “her point of view is inspired and her storytelling knows no bounds.” Kassi recently released her auto-biographical song “California, Missouri,” where she paints an unconventional portrait of life growing up in her small town.

Named “Who to Watch” by Huffington Post, The Tennessean and radio personality Bobby Bones’ Class of 2018, Kassi also caught the attention of country superstar Keith Urban. Describing her as “such a unique, original creature,” Urban featured Kassi on his song “Drop Top” for his latest album Graffiti U.

Kassi brings a certain swagger and take-no-prisoners attitude to her music, especially with her latest release, “Taxidermy” 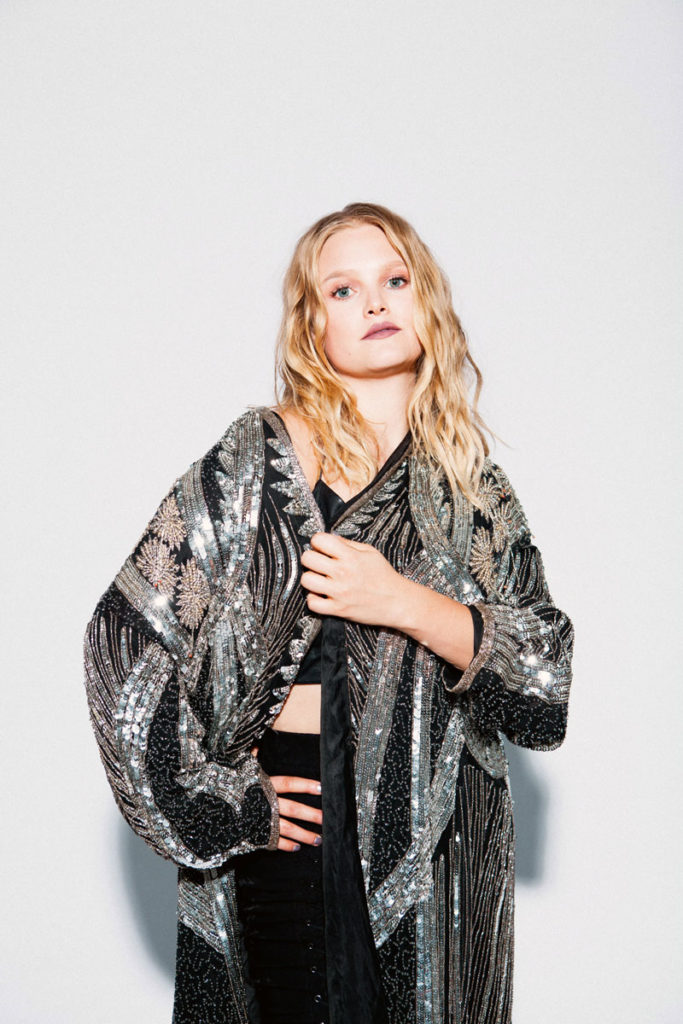 Hailey Whitters has an endearing habit of suggesting she’s perennially late to the party. “I’ve always just felt like a late bloomer,” she says, with a sigh that turns into a laugh.

With the release of her debut album Black Sheep (October 2, 2015 via Carnival Music), Whitters proves she was well worth the wait. Produced by ace session guitarist Derek Wells, Black Sheep is a soulful collection that turns sad stories into bold celebrations of people society often shames, layered over honky tonk and rootsy rock.

“It’s been really therapeutic for me to put it out,” Whitters says of the album. “Just being able to know what I want to say and get that out to people has been cool on my end.”

Whitters grew up in Shueyville, Iowa, population just shy of 600. “It’s such a little town. It’s getting bigger, but we don’t even have a post office,” she says. “We have two bars, a wine cellar, and a church.”

The oldest of six children born to a large Catholic family, Whitters grew up a determined but unexpected artist, drawn to songs and singers but unsure why. “I didn’t grow up in a super musical family,” she says. “I just had a weird inkling to do music.” The Dixie Chicks, Trisha Yearwood, Patty Loveless, and other women who drove 90s country radio were her gateway heroines, which led to a deep dive into classic country, and ultimately, Americana storytellers such as Patty Griffin, John Prine, and Gillian Welch.

“I took my first trip to Nashville when I was 16 and fell in love,” Whitters says. “I immediately knew I wanted to move here.” A year later, she did. She also enrolled in college, and paid her proverbial dues as a nanny, waitress, and salon receptionist before signing with left-of-center lighthouse Carnival Music in 2012.

“When I was younger, I just mimicked people that I admired,” Whitters says. “I learned how to tell a story.” With an arresting voice effortlessly rooted in honky tonk’s long tradition of angelic sopranos who are equally comfortable mourning and raising hell, she has spent the last several years discovering that she has something of her own to say––along with a unique way to say it.

Whitters often writes and sings songs that detail the search for acceptance––of self or of others––sometimes dreamily, other times with rollicking irreverence. Features in No Depression and The Bluegrass Situation, a Daytrotter Session, several nods on 2016 artists-to-watch lists, and other praise have introduced her to a larger audience, who has responded with open arms. “I love to hear from people about how one of my songs has touched them. It just makes me feel like I’m doing something bigger than myself,” she says.

Black Sheep’s title track, written with the Wrights’ Adam Wright, moodily canvasses the rewards and frustrations of sticking out, and ultimately offers a defiant resolution keep going her own way. “I feel that way a lot, especially in this town,” she says. “To do what nobody’s doing…it’s kind of cool, fuel for the fire. It’s invigorating to be different.”

The guitar-soaked stroll “Late Bloomer” is an autobiographical ode to lollygagging in a variety of situations. “I was the oldest of six, so I was very naïve, I felt like,” she says. “But I finally came to accept that it’s actually okay to figure out who you are and what you want later in life.”

Whitters penned live-show standout “One More Hell” alone after her little brother was killed in a car accident. “He was 19. It was awful,” she says. “I went home to be with my family, and we went out West that summer. We had no plan, just got in the car and drove. It was really good being all together––we all just kind of disappeared for a month.” She sat down to write when she got back to Nashville, and “One More Hell” came quickly. “The first time I ever played it live, this stranger in the front row was bawling,” she says. “It’s a sad song, but it’s kind of a happy song, I always say––people just feel it.”

Whitters takes the only two songs on the album she didn’t write––“City Girl” and “Pocket Change”––and owns them confidently. Her blithe version of “City Girl,” written by the Wrights, was featured in the 2015 season of Nashville, while her interpretation of Mando Saenz’s indignant “Pocket Change” gives the song a droll feminine spin.

Written by Whitters alone, stunner “Low All Afternoon” takes pity on a jilted other woman. Forlorn but commiserative, the song tells a true story Whitters witnessed a friend endure. “I like to write without a hook in mind sometimes––to just let the song move toward what it’s trying to say,” she says. “That’s how I approached this one. For about three months, I’d work on it, leave it, and then come back to it. That was a luxury.”

Martina McBride heard “Low All Afternoon” and recorded the song for her upcoming album, gifting Whitters with the first cut of her career. When asked about song’s journey, Whitters is grateful and amazed. “They say this doesn’t happen much anymore––a song written alone, a waltz, a ballad––being cut,” she says. “I feel like I created something real and honest, and it’s been so rewarding.”

Lately, Whitters has taken to gigging all over the country. She joined the lineup at the 30A Songwriters Festival for the first time and makes her SXSW debut this spring. She’s opened shows for acts ranging from Randy Houser to Chris Knight, and is sincerely grateful for every opportunity. “I will play just about anywhere,” she says with a laugh. “There’s something about getting out on the road and traveling that I just love.”

Winning over a crowd delivers an inimitable high for Whitters, who relishes connecting live. “I love performing ‘One More Hell,’” she says. “You think no one’s listening, and then the middle of that song, you see them raise their beer glasses in the air and know that they’re listening and that you’re all on the same page.”

“I’m a risk taker,” Whitters says. “My friends always laugh because I’m kind of one extreme or the other. I’m not really a middle ground kind of person. You take these risks, and then the reward is just…” She trails off for a moment. “I feel like the part that feels so awesome about it afterwards is knowing that you were scared to do it, but then you did — and it paid off.”